Oh, the blog just hasn't been fitting into my little world lately. But I'm here to report that we are all here and accounted for and my hair has not been cut in three months and, since I had super short hair to begin with, it looks like a weird mullet after 90 days of growth.

Teach me your way, O Lord, and I will walk in your truth;
give me an undivided heart, that I may fear your name.
I will praise you, O Lord my God, with all my heart;
I will glorify the Lord forever.
For great is your love toward me;
you have delivered me from the depths of the grave.
Psalm 86:11-13
Posted by the Jennings secede from the South at 4:54 PM 4 comments: 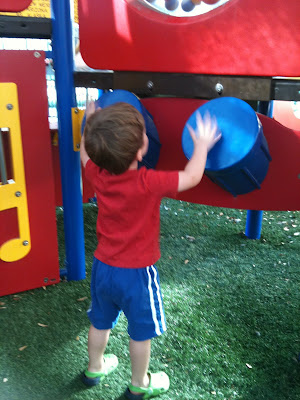 One of my favorite things about Henry's age is that I get to see his imagination at work. Example: Just know, I walked in on him and he was talking to Thomas the train and saying, "What's wrong, Thomas? What's wrong? Come here. Come here, Thomas." And giving him a hug. Ugh, so sweet- melt my heart.
He told Adam tonight, "I luh you, Dada. I luh you with my HEART! My heart sings!"
Again, with the heart melting.
However, we also have moments where our hearts are not so much melting like when Elliot gets bitten by Henry twice in 24 hours (like bruised, he was bitten so hard).
Yesterday, we were having a discipline session and Henry was looking away while I talked to him about biting Bear and I told him, Look at my eyes, Henry. He got about one millimeter from my left eyeball and stared so intently with this look that I burst out laughing and kinda ruined the serious discipline moment.
Oh, Henry. 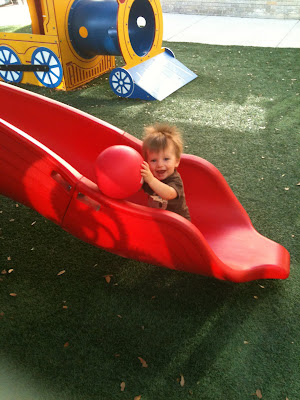 and little brother, to boot!
Posted by the Jennings secede from the South at 5:22 PM 5 comments: 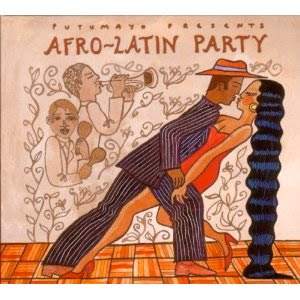 Curious blog title, no? Well, you'll remember last month when I commented on Adam's least favorite item of mine, Girlfriend? If not, click here.
There's more though...more items of mine that Adam immensely dislikes. Behold, Afro-Latin Party CD.
I picked this up one time at the grocery store and, to me, it is delight to the ears, spunk to my step, salsa to my heart. So much fun, so much happiness. To Adam, not so much. He hears Afro-Latin Party and feels like we are in the waiting area for a taco joint.
Posted by the Jennings secede from the South at 5:22 PM 3 comments: 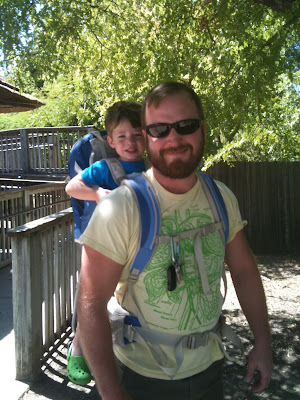 I am thankful for my brother, Gabe, who drove up from Austin so that he could help me drive the two kiddos to Louisiana and back last week. I was really nervous about a drive with two kids, I only really have flying experience with the boys. I mean, what do you do? Leave at night and hope that they sleep the whole way? Do you break it up along the way with stops and diaper changes? If so, what if there is just one of me? How does this work?

As it turns out, the drive went way better than I could've anticipated...I was thankful for the Lord's traveling mercies. The backseat of my car is littered with cheerios and toy cars but, if that's the worst of the damages, then I ain't complaining.
Posted by the Jennings secede from the South at 5:03 AM 3 comments: 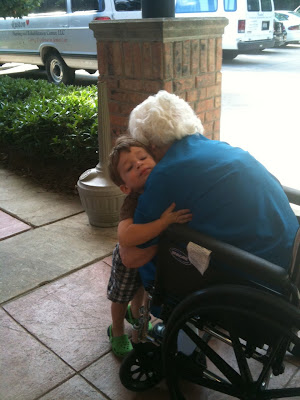 Henry giving my Nannie a hug yesterday. Nannie got married to my Pappaw when she was 16 and was married for 69 years. She has 6 great grandsons.
"Hugs make you's feel better!"
-Henry.
Posted by the Jennings secede from the South at 4:35 AM 8 comments:

My brother, Gabe, and I drove my two little boys to Ruston on Saturday morning so that we could be with our Pappaw and Nannie as Pappaw lived out his last couple of days. I am so thankful that we were here to read scripture to him, sing his favorite hymns, and watch as Nannie held his hand during his final hours.
Pappaw was ninety years old and he and Nannie had been married 69 years. Pappaw's eyes were barely open his last couple of days and his mouth was slack as his organs failed. He might slightly incline his head towards you when you were singing to him but he wasn't very responsive. However, on his last breath, his eyes opened wide and he smiled a big smile. What a beautiful finish, what a beautiful beginning.
Pappaw's service was today and it was incredible. Pappaw was not perfect but you NEVER doubted where his faith lay because he told you, he told everyone. He was a barber and everyone that came into his place of work heard about Jesus. He had a "million dollar bill" that he shared with people to illustrate who Jesus was and he was never ashamed of the beauty of the gospel.
I love that about my Pappaw. He was cantankerous, as the preacher said today, but he was a faithful man and nothing meant more to him than the Lord and his family. He wasn't perfect but he didn't wait to become perfect to boldly share the good news. I think that's the greatest lesson that I learned from him. He was so thankful for all that God had done for him and he shouted it from the rooftops (and the barber shop and the nursing home and the streets). He was devoted to his wife and so proud of his family. Now, he is singing beautifully and worshipping, free of pain or fear.
His obituary:
Bobby James Conville, Sr. was born March 11, 1921 in the Bienville Parish community of Driskill Mountain to Robert Newton and Mary Belle Smith Conville. At age 17, Bobby accepted Jesus Christ as his Lord and Savior and went to be with Him on September 4, 2011 in Ruston, Louisiana.

On June 13, 1942, Bobby married the “love of his life” Kathleen Best. In October of 1942, Bobby joined the United States Air Force. He was stationed in Montgomery, AL; Nashville, TN; and Spokane, WA. He served his country as a baker for a crew of 2800 in the Pacific Theatre; specifically, the Philippine Islands and Irumagawa, Japan.

After his military service, he moved to Simsboro, LA and worked as a barber in Arcadia for over 50 years. In 1952, he became a member of Simsboro First Baptist Church where he served as deacon for 57 years. In October 2010, he was awarded the title Deacon Emeritus. He was elected Simsboro Town Councilman for 20 years. He was a 60 year member of the Hamp Michael American Legion Post #70 where he served as chaplain from 1983 until his passing. For 40 years, he directed a Sunday School Mission at the Ruston State School. Anyone who knew “Mr. Bobby” was aware of his love for the Lord and his Christian witness. He boldly shared the Good News of Jesus Christ.

As a passionate gardener, Bobby was known for his abundant harvests which he shared with family and friends. Watching his children and grandchildren participate in church, school and sports activities was a source of great joy. He was a member of the 1940 Arcadia Hornet State Football Championship Team. His love of football continued as he remained a loyal fan of the New Orleans Saints, LA Tech Bulldogs, and LSU Tigers. He never met a stranger and loved to share stories with his barber customers, family and friends.

Special thanks to the nursing staff of Ruston Nursing and Rehabilitation Center and Professional Hospice Care for their excellent care.
Bobby “fought the good fight, finished his course, and kept the faith. Now, there is a crown of righteousness which the Lord will award to him.” II Timothy 4:7-8

Posted by the Jennings secede from the South at 6:29 PM 12 comments:

My friend, Bethany, is sharing her story over on this blog. Bethany was one of my dear gals from girls' group for the four years we lived in Erie. I encourage you to read it- she and her husband lost their son at 39 weeks pregnant and her story is really beautiful.

Posted by the Jennings secede from the South at 8:59 AM 1 comment: