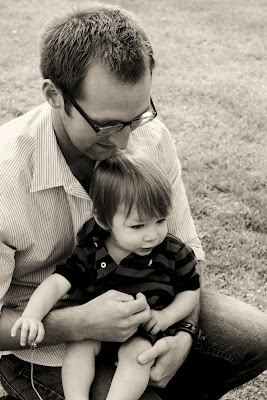 Officially done with his second step boards and gearing up to begin his ER rotation on Monday! He has studied his brains out and still been an amazing Papa and Hubs. We love him and are proud of all his hard work!
And now he is outside mowing. Thankful for that, too.
Meanwhile, Henry got his first real haircut! We went to Famous Hair and the lady cut off two inches. He ended up in my lap instead of in the kiddy seat (after a slight freak out) but he was okay in my lap until the buzzing clippers came around. 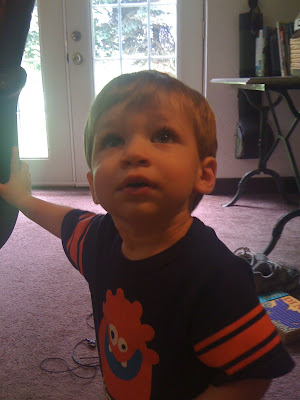 Before buzzing his sideburns, she said, "This kid has sideburns that grown men would die for..."
Posted by the Jennings secede from the South at 5:53 AM

yall are the cutest family! I still havent cut Aiden's hair but I think the time is coming!!!!!! love yall!!

Oh my goodness, he is adorable. I just can't believe that cute face is capable of throwing a temper tantrum.