The Park on a Cloudy Day 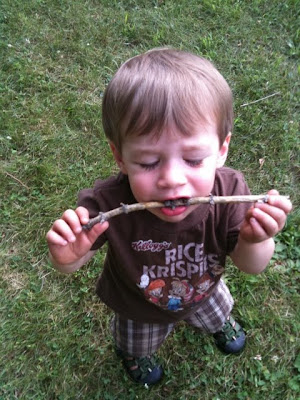 And eat sticks.
Incidentally, look at the above picture. Those lashes. Henry and Adam both have just the best eyelashes ever and I am uber-jealous. I have tried to convince Adam to let me mascara his eyelashes on multiple occasions but he refuses. What a ninny.
Posted by the Jennings secede from the South at 2:25 AM

Well this doesn't surprise me ONE BIT. I man that will not let his BABY boy wear a sweet little tucked and pleated bubble suit-SURE ISN'T GOING TO PUT ANY MASCARA ON HIS LASHES! You know my theory behind all that-don't you?

those lashes are gorgeous!!! lucky!!!!

LOVE the eyelashes!!! Anniston and Stan have them too...I can empathize with your jealousy...