So, you're wondering...what's life like for Camille with a 20-month old and a 2-month old? (Oh, you weren't wondering? Hmmm.) Well, it's something new and it's always changing and I like that. Some moments are frustrating. Some times are hilarious. Some times are stressful. Some moments are blissful. But, more than anything, I have felt loved and supported by the Lord and like he cares about the details of our days.

So, usually the first thing that I hear in the mornings is Henry talking in his crib. After Elliot's early morning feeding, I pull him into bed with me for a snuggle and we snooze until Henry wakes up. Henry is fine kicking it in his crib for like 30 minutes, just chatting and playing with his stuffed animals. Then, we get up and we have breakfast and get dressed. Then, we hang at the house for a little bit, playing with cars, etc. 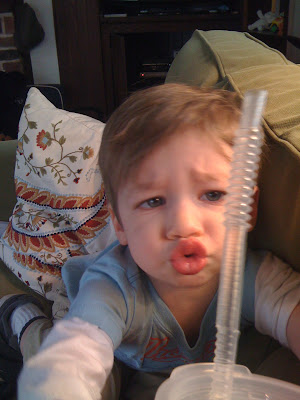 We go to the Y every weekday (thank you, Lord, for the wonderful ladies of childcare at the Y while I work out!) Seriously, I would not be very motivated to work out but Henry loves going to play at the Y. It's a great outing and very close to our casa. On the days that Adam works later shifts, we are able to go all together to the Y and Adam & I play racquetball and work out. Racquetball is great marital therapy. 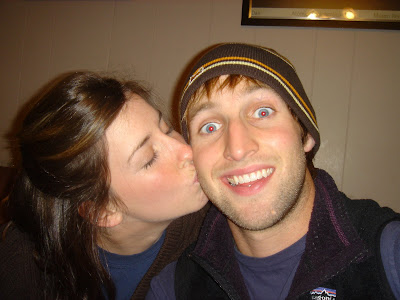 Then, we come home (unless we have playgroup) and Elliot goes down for a big nap. Then, Henry and I hang out and have lunch and then Henry goes down for a nap. Usually at least part of their naps overlap. Henry usually naps two hours. Elliot's naps vary a lot but today he took an incredible 3-hour nap! Whoooa. 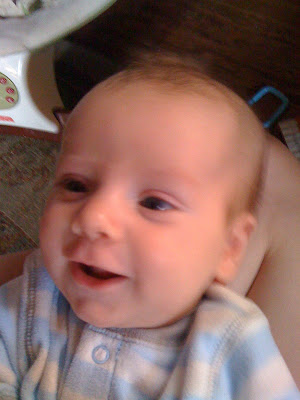 Often, I know that Henry has woken up from his nap because I think I hear thunder. Then I realize that it's just Henry, lying on his back with his feet straight up in the air, kicking the back of his crib.

Then, when the boys are up, we have a snack and, since we can't go to the playground in the winter, then I often try for some kind of afternoon outing or company...it just helps the afternoons go by well. So, we'll go pop in on a friend or do playgroup or have a friend come by...something like that. Then, we'll come home, Elliot will nap again and Henry & I will hang out until supper and bath.

This is a challenge: when Adam isn't home from work yet and I'm getting the boys ready for bed and they are both awake during Henry's bath, etc.. I'm getting better, but it can be tricky. After prayers and teeth-brushing and jammies on, we say goodnight. Both boys go to bed at 7 p.m. (sometimes Henry will want to get into bed before this, especially in the winter when it's been dark...that is fine by me.) A couple of Elliot feedings and paci stick-ins during the night and then start over!

More than you ever wanted to know... You're welcome.
Posted by the Jennings secede from the South at 10:49 AM

I know you probably hate when I refer to my children all the time, but I can remember that tricky time at night when matt was refereeing(he has always done it as his side job) and I would be in a tizzy over LG's feeding time and Jake's bathtime. And they HAD to be done at the same time( 7pm!). Know you are grateful for your blessings but also know your stress. I soooo admire your faith, Camille!

You are one busy lady and you are doing a great job! I'm so proud of you Camille. I can't wait to see you so you can impart your wisdom to me, I need it!

this just made me smile :) love you friend

this just made me smile, love u friend