What Not to Say (& Other Funnies)

1. I was at Trader Joe's the other day and I had Collin in the ergo carrier. An older gentleman was working at the sample counter and he inquired after Collin, asking if he was an only child. I told the man that we had two other boys and he launched off into the following story:

There was a lady in here earlier, pregnant with twins. Now, she wasn't as old as you but she told me that she already had six children at home. God bless her!

Now, I'm going to be vain and hone in on the part of the story where he matter-of-factly told me that the woman wasn't as old as me. Ummm, I am 29 fracking years old for the next two weeks. And this woman already has six kids, she's probably not that much younger than me. And even if I look über old, just don't assume, man. It's like not assuming anyone is pregnant ever, ever, ever.

Then, the next week, Adam told me that the cashier was like a younger version of me.  (Given, he said it because she was singing silly songs and she was like 18 but still...)

The lighting in trader joe's must really contrast harshly with my skin tone.

2. My allergies have been acting up for the last couple of weeks. I still feed Collin a couple of times during the night and it seems that as soon as I walk into his dark room, I am overcome with that pre-sneezing sensation. I try to fight it and bite my cheek really hard, not wanting to wake him up. Sometimes I win, sometimes I lose.

3. Henry & Elliot go to school two mornings a week. The last two times that I've come up to Henry's class for events, this little girl has come to sit by Henry- even when her little girlfriends ask her to sit with them. In fact, at the class picnic, it was Henry, Ella, baby Collin and me on a blanket. I sort of felt like I was supervising a date?

Henry never talks about girls so I inquired after Ella and if she was a friend.
Henry said, "We just hug and say 'I love you.'"

4. Elliot gets lots of words mixed up. He always confuses off & on, up & down, and many others. The funniest is when he toots and giggles, saying, "I burped." 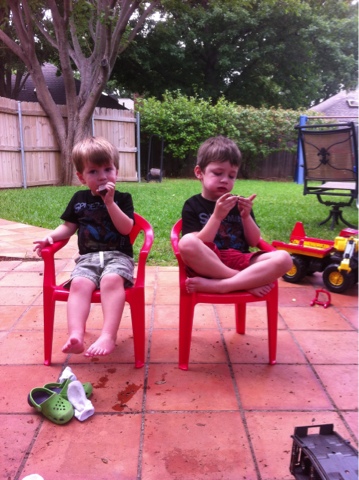 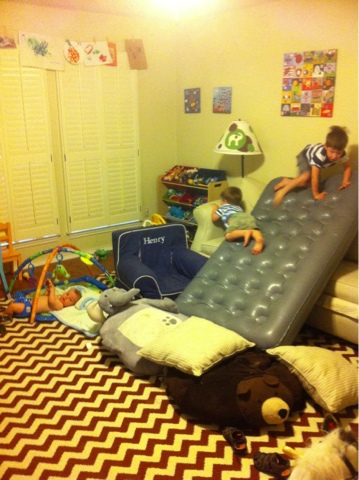 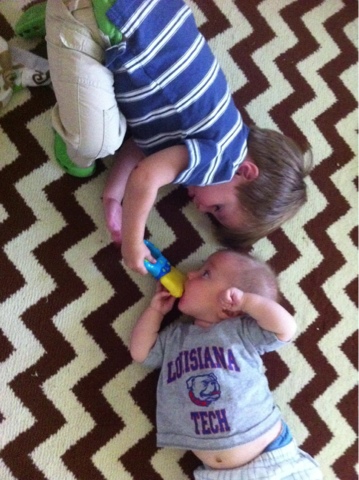 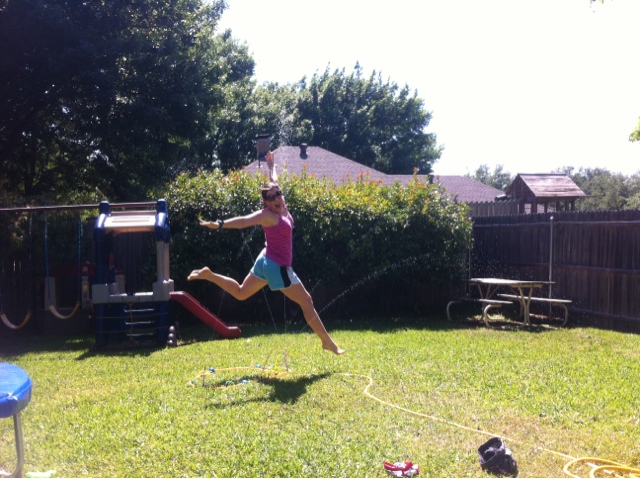 Posted by the Jennings secede from the South at 9:23 AM