Sometimes I think that Erie should embrace it's collegetown-ness.  There are three undergraduate schools here not even including Edinboro!  The largest medical school in the nation is here plus a pharmacy school and numerous technical colleges, institutes, and Tony & Guy!  Embrace it, Erie.  You're a college town.
Then...where is this: 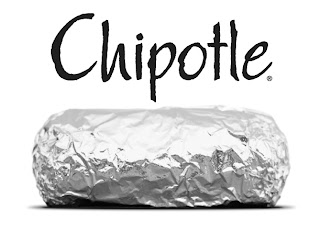 Nothing says college student like a gigantic burrito (No offense, Moe's...it's just not the same.)

And I'm not just saying that because it's named after me 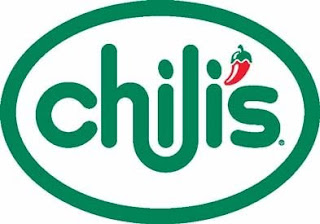 What's more college-y than pancakes at 3 a.m. while pulling an all-nighter? Eh? Eh?

In conclusion, I like Erie (I do!) but for a city with so many students, it doesn't feel very collegetowny.  You'd at least think there'd be more of a college district, you know?
Thoughts?  Feelings?

Posted by the Jennings secede from the South at 5:27 AM

WAKE UP ERIE-those students have ALL of Momma & Daddy's $'s!

I totally agree. Our friend Aaron (building and grounds guy at church) actually looked into operating a Chipotle here and they told him they have no plans to enter the Erie market. I have NO IDEA why. I mean...yes...everything you just said.

There is a Chipotle in Mentor, OH (near Cleveland). Next time we go, we'll make sure to get your order! Aaron and I do that for each other all the time.

oh girl! justin and i are LOVING the "collegeness" town of Norman, Oklahoma! we've feasted on taco cabana more times than i care to mention, freebirds, whataburger, on the border... loves it! feels like the good old days back in waco... except we eat it at more reasonable times!

The sidewalk cafe thing - a friend and I are looking at opening a bakery here, possibly downtown because there really isn't one down there (other than the French Street cafe).

Maybe we should look into opening up a Chipotle.

And I think we should drive and find one cuz I'm hungry now.

Hmmmmm. Perhaps I am missing something of your point but obviously you do not reside downtown west side near the Gannon campus[third-tenth streets,sassafras-Liberty streets]or upper west side[36th-44th, State to Pine Ave.west-east]Mercyhurst 'neighborhoods'. Though I admit to never having lived anywhere long term that was "a college town". Please elaborate on other aspects that would make Erie more 'college town'-like.
Also may I just add that the older we get the more that term does not seem attractive in all honesty. As we have encountered sloppy,disrespectful,dishonest,and just plain nasty college age students who give those of you with some class a bad reputation. Just some random thoughts on the matter.
bojosmom [older and not much wiser].

I feel your pain....whislt moving from Omaha to Little Rock I lost Panera, Camille's, CPK (oh the pain) and gasp RED ROBIN and I lost my Chipotle also.

When we left CA we lost In and Out Burger which is the BEST in the world.

You "Younguns" want REAL Mexican, Julio Reyes' Latinos' Restaurant over on 13th and Parade has the best authentic Mexican food this side of Mexico City!!If all you really want is some knock-off Tex-Mex-------------
Why would you???

I don't know about Chipotle but I feel we need a Qudoba which is the same as Moes but with a LOT more flavor. Also, don't you think it is funny that we have commercials for all of those restaurants (Chiles and IHOP) but we don't have one within 100 miles of Erie?

Missoula has 75,000 people, is a college town, and no Chili's, no IHOP, no Chipotle, and no Camille's (which I've actually never heard of). However, Missoula does have the Old Post (way better than Chili's), Taco del Sol (way better than Chipotle), Finnegan's (the local version of IHOP), and Food for Thought, Front Street Pasta and Wraps, Hob Knob, and Le Petit Outre, all of which I'm guessing are local equivalents of Camille's. I personally am all for lack of chain restaurants in a town. I love local flavor. I'm sure if you look hard enough, you'll find local equivalents for all your favorite chain restaurants.

While we are on the subject I miss La Madelaine also and Qdoba.

I am with Bethany....let's drive and find a Chipotle....Moe's just doesn't compare!

Just ate at Chipotle yesterday in Middleburg Heights, OH, near Baldwin-Wallace College.
Erie doesn't have a college-district just like it doesn't really have a beach district aka the Jersey Shore. We're kind of like a city with a beach and colleges, peacefully coexisting but perhaps not fully embracing.
I guess it's similar to Pittsburgh: I didn't find a Chili's or Chipotle in Oakland near Pitt or Carnegie-Mellon.

HEY CAMILLE...REMEMBER WHEN YOU WORKED AT CAMILLES AND THEN QUIT BECAUSE YOU HAD TO WEAR A VISOR?

what's with all the chain restaurants? we have lots of great locally owned places to chow. granted Erie does not do Mexican well at all. I would much rather prefer to patronize the local places.

wow! Quite the convo going on here! I will add this.. yes to all of them! Annnddd should we even open the door to start talking about sports?? Just saying.

As a girl who grew up in Erie and lived near Mercyhurst, I completely agree with you! Unfortunately, our city leaders are to blame.

Actually...there's no Chipotle in Nashville, TN either.

Yes...but Carrie B., you have San Antonio Taco Co. near Vandy on 21st Ave. and on Commerce St. near 2nd Ave. I can't leave Nash-vegas without getting some of the best Mexican ever!

Remember that time that the year after we graduated Baylor they put in a Chipolte, Pei Wei, and Jamba Juice. All really 'collegy' places to go.

But we did have that burrito bar place downtown for about 2 years. What was it called? I can't remember, but it was GOOD!

We had Perkins (pancakes) at Edinboro... don't know what all they have now...but we didn't starve while we were there!

Although Buffalo Road is developing nicely, Behrend students are eagerly awaiting some off-campus eateries within walking distance. Especially now that University Gates is growing, why aren't there more restaurants in the area?